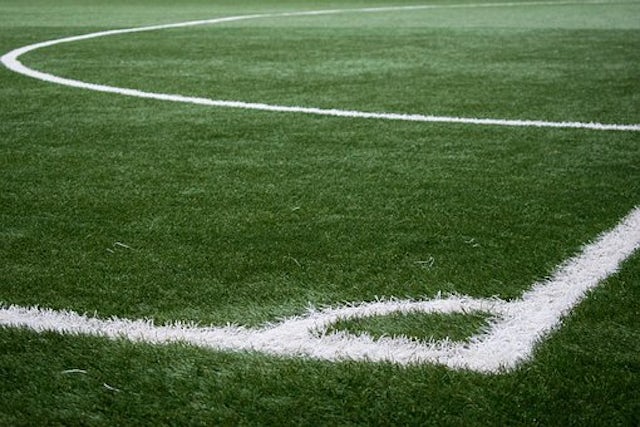 The Kirkcaldy-born midfielder was inspired by the Scots playing on the big stage.

Christy Grimshaw watched on television when Scotland Women played in their first World Cup finals and dared to dream of following in their footsteps.

The 25-year-old had returned from playing college football with Barry Buccaneers in Miami in the summer of 2019 and had taken up the offer to move to French club FC Metz.

The Kirkcaldy-born midfielder was inspired by the Scots playing on the big stage and vowed to take any opportunities presented to her to make the same journey.

A move to Italian side AC Milan in 2020 brought international recognitions and – after two caps in friendlies against Wales and Northern Ireland – she hopes to make her competitive debut against Hungary in Friday's 2023 World Cup qualifying match in Budapest.

Grimshaw recalled the 2019 finals, saying: "I was just coming back from America and was just about to sign my first professional contract.

"I was watching the World Cup in the summer and I knew I was going professional and I was thinking 'this is the dream, definitely, I need to get myself in the squad for the next one'.

"Obviously it takes work hard, that is the important thing and just taking the opportunities.

"I was in France with a bit of a lower club and as soon as AC Milan came in, I knew that would be my opportunity.

"I had a few options to choose from and I thought, 'if I get myself to a big club and I am playing regularly, that gets my name out there' – and obviously my name did get out there.

"I knew that was the opportunity I had to take so that I could get to this stage now.

"We are not fearing anyone.

"We are all talented players and if individually we can do our best, then together we are so strong."

Enter your email address to subscribe to Sports Mole's free match previews newsletter! Updates are sent twice a week.
Read more about Scotland Women Football
Follow @SportsMole for the latest breaking news stories, and follow @sm_headlines to get every headline from Sports Mole
Recommended Next on SM

Solskjaer pleased with reaction of players to Young Boys loss

Ballon d'Or 2021: Who are the favourites to win football's biggest individual prize?
rhs 2.0

When is Ralf Rangnick's first game in charge of Man United? How long is he in charge for?
3

FIFA Puskas Award 2021: Watch every nominee for best goal of the year
4

How Chelsea could line up against Watford
7

How Liverpool could line up against Everton
2

FIFA Puskas Award 2021: Watch every nominee for best goal of the year
5

How Man City could line up against Aston Villa
8

When is Ralf Rangnick's first game in charge of Man United? How long is he in charge for?
9

How Liverpool could line up against Everton

FIFA Puskas Award 2021: Watch every nominee for best goal of the year

ABBA 'in talks to take new show to Vegas'

Paine to miss Ashes after taking break from cricket

Russell can challenge Hamilton in 2022 - Capito

F1 schedule not more hectic than ever - Raikkonen

Dakota Dozier 'hospitalised due to COVID-19'

Chelsea's Mendy hits out at media's incorrect use of his photo

Koepka eases to victory over Dechambeau in 'The Match'

Dave Joerger stepping away from 76ers to undergo cancer treatment

Canelo to step up to cruiserweight to face Makabu

I'm A Celebrity stars 'evacuated after tree crashes into castle'

Joe Exotic 'transferred from jail to hospital amid cancer battle'

BBC Three cleared to relaunch as TV channel in February

I'm A Celebrity stars 'evacuated after tree crashes into castle'

Call Me By Your Name screenwriter details axed sex scene

Tom Holland: 'I don't know if I'll return as Spider-Man'

ABBA 'in talks to take new show to Vegas'

Jesy Nelson pulls out of live gig after catching coronavirus

Can you name Ryan Giggs's top teammates at Manchester United?

Can you name every women's US Open champion since 1968?