Which sport is the most popular for betting? 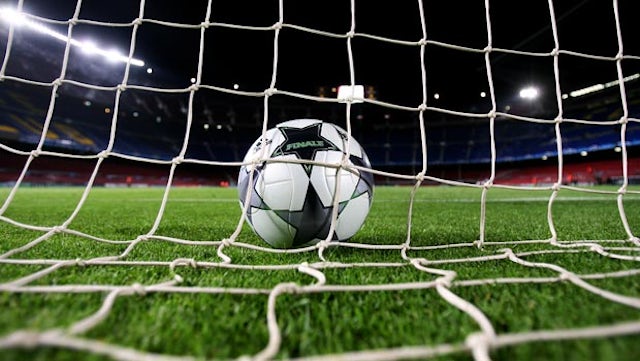 We take a look at the most popular sports with punters up and down the country.

Sports betting is more popular than ever in the UK. Bookies are allowing punters to bet in their high streets, online, and on their mobiles. In such an intense market of activity millions of pounds can exchange hands daily across a range of sports.

It isn't a surprise that during the last couple of years hundreds of reputable UK sports sites that accept bets on all popular sports events emerged on the Internet. Here, we take a look at the most popular sports with punters up and down the country.

Football
There is only one place to start when it comes to the most popular market in UK sports betting, and that is the country's number one sport of football. Millions of fans travel to support their team every week. Even more catch the action on television. Out of those fans, there are many who love to dabble in a few bets on the football. The weekly football acca has become a cultural reference point. Pre-game chat about who will be the first goalscorer dominates pub discussion. Post-game analysis over where bets went right or wrong are now commonplace. Both domestically and globally, betting and sports is one thing, but betting and football have become synonymous.

The 2017 FA Cup final averaged 7.9 million viewers. This shows the strength in popularity of the game on the domestic front alone. The Champions League final is anticipated to draw an audience of more than half a billion viewers. Throw into the mix that punters can access thousands of markets across hundreds of leagues 24 hours a day and seven days a week, it is easy to see why football betting leads the way in the sports betting industry.

Tennis
It might come as a bit of a shock to anyone reading this that isn't a fan of tennis but the sport has grown to become the second most popular sport bet on by UK punters. The sport generates billions of pounds of revenue in betting every year. Not bad for a sport that rarely hits the headlines outside of the four major tournaments of Wimbledon, the US Open, the French Open, and the Australian Open.

The dawn of live betting has played a key role in the rise of tennis betting. The fact punters can bet on each individual set at the touch of a button has widened its appeal. It is also a sport that is reasonably predictable compared to other sports. The likes of Rafael Nadal, Novak Djokovic, Roger Federer, and Andy Murray have dominated the men's game for a long time. Serena Williams has been the queen of the women's game for well over a decade as well. The sport is ripe for profit and UK punters have tapped into this.

Horse Racing
The sport of kings once ruled the land but the wider availability of football and tennis markets along with in-play and cash out betting options has seen the classic horse racing betting slip down the priority list of punters in the UK. £150 million was bet by punters on the 2017 Cheltenham Festival alone. It's a massive market with the big events such as the Grand National, Royal Ascot, and Epsom Derby still drawing big wagers but in terms of daily and weekly betting the interest is waning with the new generation of punters.

US Sports
It is hard to split the US sports into individual markets because punters usually place acca bets that throw in wagers covering all types of sports Stateside, such as American football (NFL), basketball (NBA), ice hockey (NHL), and baseball (MLB). Although a debatable topic, bookmakers are becoming more aware of the increasing popularity of US sports with UK punters so focus their promotions around such markets.

Best of the Rest
A number of other sports are still appealing to UK punters. Cricket, golf, rugby union, rugby league, GAA, greyhound racing, boxing, UFC, and even WWE are becoming big business with bookies now. Punters want variety and choice. The bookies are willing to offer it. The next 10 years are set to be very interesting and could show a number of sports challenging the big guns for the top spot with UK punters.

Read Next:
Liverpool rename stand after Kenny Dalglish
>
Recommended Next on SM

EFL to live stream games outside of UK

Neymar to stand trial for alleged fraud and corruption

Tweets by @sportsmole
Top Stories
Trending
Most Read
Most Recent
1

Aston Villa 'in talks with Juventus over Rodrigo Bentancur deal'
7

Dusan Vlahovic 'would prefer to join Man City over Arsenal'
1

Dusan Vlahovic 'would prefer to join Man City over Arsenal'
5

Sunday's Serie A predictions including AC Milan vs. Juventus
7

Sunday's predictions and previews including Chelsea vs. Spurs
> View all headlines

Christian Eriksen 'to sign for Brentford within next 72 hours'

Aston Villa 'in talks with Juventus over Rodrigo Bentancur deal'

Can you name the players with the most tries in international rugby history?

Smith edges out Rahm to win Sentry Tournament of Champions

Tiger Woods and his son narrowly miss out on PNC Championship

How to win when betting on boxing matches

UEFA and CONMEBOL announce Italy vs. Argentina "Finalissima" in June 2022

US version of Eurovision delayed by a month

In Pictures: The queens of RuPaul's Drag Race UK vs The World

Tim Davie: 'Nothing safe from cuts at the BBC'

The White Lotus season two 'to be set in Sicily'

Celine Dion cancels US tour due to health issues

Can you name the players with the most tries in international rugby history?

Can you name every member of Arsenal's Invincibles squad?

Can you name every player nominated for the 2014 Ballon d'Or?

Can you name the top 20 foreign goalscorers in Premier League history?

Can you name every player to have played for both Liverpool and Everton in the Premier League?