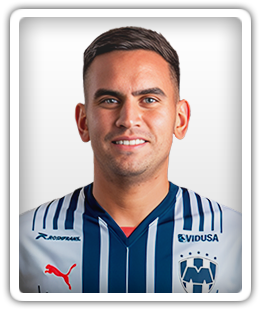 © df11faces.com
Your search for Sebastian Vegas returned 10 results. Articles 1 to 10:

Lord Coe adamant false-start rule should remain
Lord Coe dismisses calls for change to the false-start rule by claiming "it happens" and should not be altered.
Aug 30, 09:44
Did you know...?

TRIATHLON
· After silvers in both the men's and women's events, Team GB will be fancied to get on the podium again in the mixed relay (11.30pm-1am)

SWIMMING
· Touted as Michael Phelps's successor, Caeleb Dressel already has two gold medals from these Games and he will be going for a third in the men's 50m butterfly final (2.30am)
· It is Katie Ledecky vs. Ariarne Titmus III in the women's 800m freestyle final, with Ledecky entering as firm favourite (2.46am)
· Great Britain will be heavily fancied to add another gold medal to their swimming haul, having produced by far the fastest qualifying time for the mixed 4x100m medley relay final (3.43am)

ATHLETICS
· Dina Asher-Smith is one of three British women in the 100m semi-finals (3.01am-3.20am), and will hope to challenge for a medal in what is likely to be a star-studded final (1.50pm)
· The inaugural Olympic 4x400m mixed relay event concludes with Great Britain one of the eight finalists going for gold (1.35pm)

RUGBY SEVENS
· Team GB's dreams of an unlikely gold are still alive in the women's event as they face France in their semi-final (3.30am). The winners will face either New Zealand or Fiji in the gold medal match later in the day (10am)

SAILING
· Gold medals are up for grabs in the windsurfer - RS:X finals. Emma Wilson participates for Team GB in the women's final (6.33am), while Tom Squires is in action in the men's (7.33am)

TENNIS
· Following his shock semi-final defeat, ending his hopes of a Golden Slam in 2021, Novak Djokovic battles for bronze against Pablo Carreno Busta (7am)
· The women's singles event reaches its conclusion with the gold medal match between Belinda Bencic and Marketa Vondrousova

How does Ben White compare to Rob Holding?
8

Where does Ben White rank in the list of expensive English defenders?
10

Man United 'hoping to raise £100m from outgoings this summer'
10

ECB committed to player and staff welfare amid Ashes disruption

Christian Horner insists he made no "personal attack" on Lewis Hamilton

Red Bull would 'walk through fire for me' - Verstappen

Tokyo 2020: Paul Casey four shots off the lead in opening round

Tokyo 2020: A look ahead to Saturday's action at the Olympics