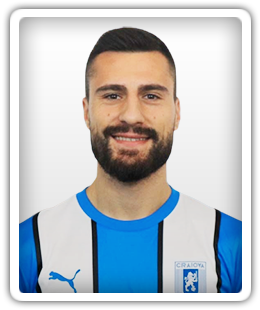 © df11faces.com
Your search for Gjoko Zajkov returned 3 results. Articles 1 to 3:

North Macedonia Euro 2020 preview - prediction, fixtures, squad, star player
Ahead of this summer's Euro 2020 tournament, Sports Mole assesses the chances of North Macedonia, who are competing in their first ever major tournament.
Jun 9, 21:00

ROWING
· Comeback queen and super-mum Helen Glover goes for her third Olympic gold alongside Polly Swann in the women's pair final (1.30am)
· There is also a medal on offer for GB pair Emily Craig and Imogen Grant in the lightweight women's double scull final (2.10am)

SWIMMING
· As second-fastest qualifier for the final, Team GB's James Wilby is among the medal contenders in the men's 200m breaststroke (2.44am)
· Alys Thomas takes part in the women's 200m butterfly final, although he faces a difficult task to challenge for the medals (3.28am)
· Caeleb Dressel of the USA has been touted by some as the successor to Michael Phelps, and he has the chance to notch up a fourth Olympic gold in the men's 100m freestyle final (3.37am)

RUGBY SEVENS
· After Team GB's men narrowly missed out on a medal, the women get their campaign underway against the Russian Olympic Committee (3am) and New Zealand (10.30am)

HOCKEY
· It is a Great Britain vs. Netherlands double-header, with the men up first in Pool B (4.15am)
· Most eyes will be on the women's showdown between the two nations, though, as Netherlands - the world's best team - look to gain revenge on GB for defeat in the 2016 Olympic final (11am)

CANOE SLALOM
· Mallory Franklin takes part in the women's canoe semi-final, and will hope to do enough to qualify for the final later in the day (6am-8.45am)

ARTISTIC GYMNASTICS
· With Simone Biles now out of the women's all-around final, the competition has been blown wide open. Team GB twins Jessica and Jennifer Gadirova are among those taking part (11.50am-2.05pm)

When could Raphael Varane make his debut for Man United?
6

When could Raphael Varane make his debut for Man United?
4

What qualities will Raphael Varane bring to Man United?
8

Jack Ross: 'We are a work in progress in Europe'
6

Jack Ross: 'We are a work in progress in Europe'

Naomi Osaka admits pressure got to her in Tokyo Olympics

On This Day: Nasser Hussain stands down as England Test captain

Hungary will not be Monaco repeat for Ferrari - Sainz

Tokyo 2020: Key events to look forward to on day six of the Olympics

Tokyo 2020: Steve Cram highlights the importance of a coach

Tokyo 2020: A closer look at the Team GB stars in action on Thursday