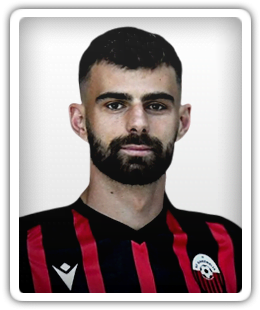 © df11faces.com
Your search for Egzon Bejtulai returned 8 results. Articles 1 to 8:

Memphis Depay vows to focus on Euro 2020 amid Barcelona talk
Memphis Depay is expected to complete a move to Barcelona.
Jun 16, 17:30

UEFA to investigate Arnautovic goal reaction against North Macedonia
The frontman reacted angrily after scoring late in the game in Bucharest.
Jun 15, 12:59

North Macedonia Euro 2020 preview - prediction, fixtures, squad, star player
Ahead of this summer's Euro 2020 tournament, Sports Mole assesses the chances of North Macedonia, who are competing in their first ever major tournament.
Jun 9, 21:00

Result: Marco Asensio stars in thumping Spain Under-21s win
Spain Under-21s open their 2017 Under-21 European Championship campaign with a 5-0 win over Macedonia Under-21s at Stadion GOSiR.
Jun 17, 21:38
Did you know...?

ATHLETICS
· There are no Brits in the women's 100m hurdles final, but Puerto Rico's Jasmine Camacho-Quinn, fresh from breaking the Olympic record in the semis, will hope to pip world record holder Kendra Harrison to gold (3.50am)
· The women's 5000m final also has no Team GB representation, but two-time world champion Hellen Obiri of Kenya will be looking to add an Olympic gold to her list of honours (1.40pm)

FOOTBALL
· A place in the women's gold medal match is up for grabs, starting with an all-North American semi-final between United States and Canada (9am)
· Australia, who edged past Team GB's in a seven-goal quarter-final thriller, take on Sweden in the second semi-final (12pm)

CYCLING
· The track cycling schedule gets underway, with Team GB holding a particular interest in the team pursuit qualifying. Laura Kenny is part of the women's team (7.54am), while the men's team includes Ed Clancy (9.02am)

ARTISTIC GYMNASTICS
· The Gadirova twins Jessica and Jennifer will both take part in the women's floor final as they look to add to their team bronze (9.57am)

Tuchel: 'Loftus-Cheek can decide his own Chelsea future'
4

Tuchel: 'Loftus-Cheek can decide his own Chelsea future'
7

Tuchel: 'Loftus-Cheek can decide his own Chelsea future'

Alun Wyn Jones: 'We will be a different beast in decider'

Five talking points from the Lions' defeat to South Africa

Ollie Pope: 'We can cope without absent Ben Stokes'

Tokyo 2020: Lamont Marcell Jacobs opens up on relationship with father

Tokyo 2020: Key events to look forward to on day 10 of the Olympics