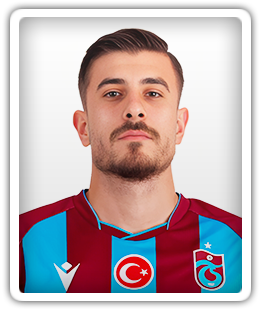 Turkey Euro 2020 preview - prediction, fixtures, squad, star player
Ahead of this summer's Euro 2020 finals, Sports Mole assesses the chances of a young Turkey team, who will seek to improve on their group stage exit in France five years ago.
Jun 9, 10:00

Result: Wolverhampton Wanderers snatch last-gasp victory against Besiktas
The defender scored a goal befitting of a striker rather than a centre half in stoppage time.
Oct 3, 20:20

Result: World champions France stunned by Turkey
First-half goals from Kaan Ayhan and Cengiz Under earned the hosts a famous win.
Jun 8, 22:00
Did you know...?

ROWING
· Team GB have dominated the men's coxless fours in recent Olympics, winning on each of the last five occasions, but this year they face some stiff competition. They are one of four rowing medal contenders for Great Britain today (2.10am)

SWIMMING
· Katie Ledecky and Ariarne Titmus face off again in the women's 200m freestyle final, with the latter having already come out on top in the 400m event (2.41am)
· Team GB's Abbie Wood is among the medal contenders in the women's 200m individual medley final, while teammate Alicia Wilson will also take part. USA's Kate Douglass was the fastest qualifier, while world and Olympic record holder Katinka Hosszu is also involved (3.45am)
· Katie Ledecky could make it two golds in one morning as she goes into the 1500m freestyle final as heavy favourite, having broken the Olympic record in qualifying (3.54am)
· Team GB were by far the fastest qualifiers for the men's 4x200m freestyle relay final and will therefore be favourites for another gold in the pool (4.26am)

RUGBY SEVENS
· Team GB take on New Zealand in the first men's semi-final, having been beaten by reigning champions Fiji but then come from behind to overcome USA on day two (3am)
· The sevens gold medal match takes place at Tokyo Stadium, with the winner of Great Britain vs. New Zealand taking on either Argentina or Fiji (10am)

CYCLING
· Anna Shackley will take part in the women's road time trial (from 3.30am)
· Geraint Thomas and Tao Geoghegan Hart have medal ambitions for Great Britain in the men's road time trial, although both will need to recover from the crash they suffered on Saturday (6am)

What qualities will Raphael Varane bring to Man United?
3

What qualities will Raphael Varane bring to Man United?
1

This week's new UK cinema releases, including The Suicide Squad
2

Naomi Osaka admits pressure got to her in Tokyo Olympics

Naomi Osaka bows out of Tokyo Olympics in third round

Tokyo 2020: Key events to look forward to on day five of the Olympics

Today at the Olympics: Wait for first medal goes on for Team GB