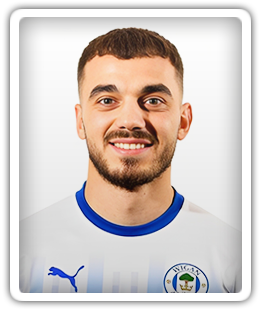 © df11faces.com
Your search for Danel Sinani returned 13 results. Articles 1 to 13:

Carlos Corberan desperate to keep Lewis O'Brien at Huddersfield
The 22-year-old midfielder has been linked with a move to Leeds.
Jul 30, 17:52

Norwich agree deal to sign Danel Sinani in summer
The forward will join the Canaries on a free transfer.
Apr 10, 18:04

Luxembourg forward Danel Sinani confirms Norwich City talks
The 22-year-old is out of contract at F91 Dudelange in the summer.
Feb 26, 13:47

SKATEBOARDING
· Team GB starlet Sky Brown - aged just 13 - takes part in the women's park event and has a realistic chance of picking up a medal too. Bombette Martin is Britain's other representative, while hosts Japan are among the favourites for gold (1am)

HOCKEY
· Great Britain's women have more history in their sights heading into their semi-final against Netherlands - the team they beat in the 2016 gold medal match (2.30am)

ATHLETICS
· The men's 400m hurdles final on Tuesday will go down as one of the greatest Olympic races of all time, and the women will attempt to emulate that, with new world record holder Sydney McLaughlin of USA and Netherlands' Femke Bol the favourites for gold (3.30am)
· Nick Miller is Britain's representative in the men's hammer throw final (12.15pm)
· The men's 800m final could be a wide-open affair (1.05pm)
· A thrilling men's 200m final is in store as the likes of Andre de Grasse, Noah Lyles and 17-year-old sensation Erriyon Knighton bid to succeed Usain Bolt as Olympic champion (1.55pm)

SAILING
· After a medal-laden day on the water on Tuesday, Great Britain will be looking for more success, starting with Luke Patience and Chris Grube in the men's 470-class medal race (6.33am)
· Team GB also have medal hopes in the women's event, with defending champion Hannah Mills looking to retain her crown alongside new teammate Eilidh McIntyre (7.33am)

BOXING
· Already guaranteed at least a bronze, Great Britain's Frazer Clarke faces Uzbekistan's Bakhodir Jalolov in the men's super heavyweight with a place in the gold medal bout up for grabs (7.03am)
· Ben Whittaker is also guaranteed a medal, but will look to ensure that is either gold or silver as he takes on Cuba's Arlen Lopez in the light heavyweight final (7.35am)

CYCLING
· World records have been tumbling in the velodrome, and another could go in the men's team pursuit final as Italy - new world record holders themselves - face Denmark (10.06am)

EQUESTRIAN
· Three Brits have made into into the final of the men's jumping individual final, including fastest qualifier Ben Maher, who will bid to inherit compatriot Nick Skelton's Olympic crown (11am)

A closer look at Thomas Partey's injury woes at Arsenal
8

Rice 'not pushing for West Ham exit amid Chelsea links'
9

Chelsea put 10 players up for sale?
2

Harry Kane absence 'down to self-isolation after holiday'
4

Harry Kane absence 'down to self-isolation after holiday'

Chelsea put 10 players up for sale?

Alun Wyn Jones: 'We will be a different beast in decider'

Stroll could be Hamilton's next teammate - Villeneuve

Tokyo 2020: Key events to look forward to on day 12 of the Olympics

Tokyo 2020: Key events to look forward to on day 12 of the Olympics

ITV 'scraps plans for I'm A Celebrity to return to Australia'